A Gathering of Jokes and Notes 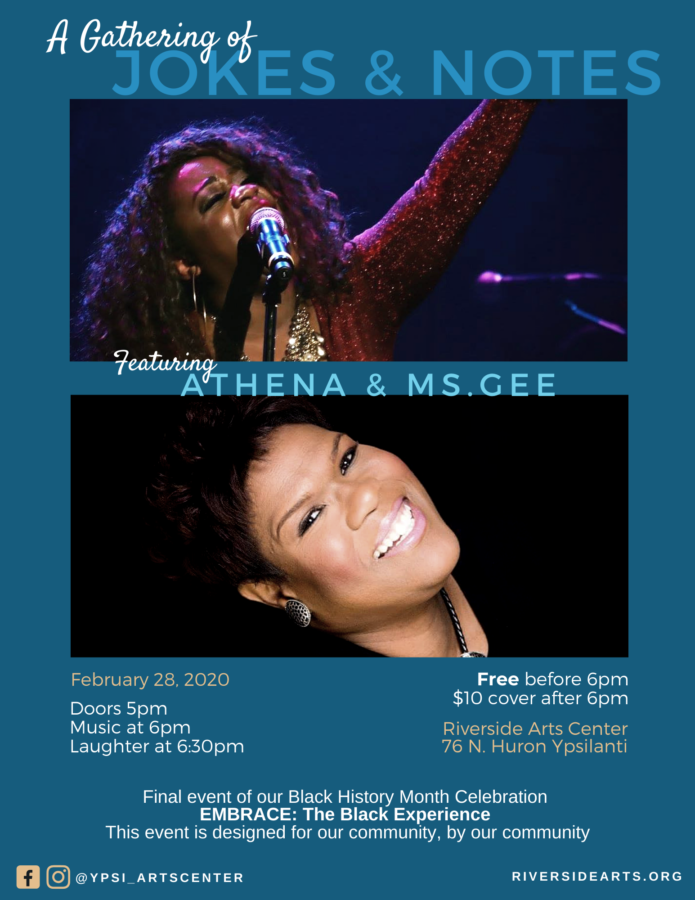 This is the final event to close out our Celebration of Black History by bringing together amazing YPSILANTI. This event is designed for our community, by our community.
Jokes & Notes, a first of its kind, will kick off with an intimate evening of music, laughter, socializing with friends and more. Come, wine & dine then enjoy the evening with The One, Comedic Stand Up Ms. Gee and National and International Vocal Recording Artist, ATHENA! 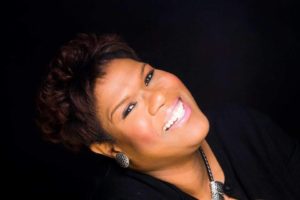 Ms. Gee, A native of Benton Harbor, and retire from the U.S. Department of Justice, Federal Bureau of Prisons. Six years ago, Iris aka Ms. Gee was “boo’ed” off the stage. Her determination and fierce attitude led her to the American Comedy Institute (ACI), in New York. The only accredited comedy program in the country, she has performed on stages at Caroline’s & the Broadway in NY. In 2017, at the “Shine Conference in Orlando, Florida, she was named the “Best Stand Up Comedian”.
Her annual Comedy for a Cause, educating the Community about Breast Cancer is a tribute to her youngest sister’s fight and remission to Breast Cancer. Ms. Gee loves to see others laugh, and will be appearing at Riverside Arts, every third Friday from April to June 2020. 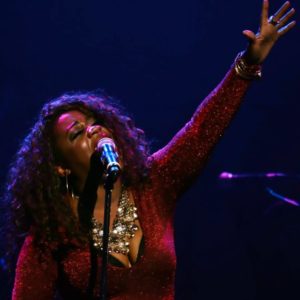 ATHENA, born and raised in Ann Arbor and hailing from a family of music will take the to the stage once again this Friday. A renowned Smooth Jazz/RnB Vocal Recording Artist, Athena has appeared on stages from Ann Arbor to Ibiza, London, Detroit and more! Teaching and opening the world of music to children has always been and will always be, her love and passion. Her motto from her 2012 EP “My Purpose, My Music”!
ATHENA has opened for national favorites such as Smooth Jazz Saxophonist, Marion Meadows; Guitarist Earl Klugh and was featured vocalist with Alexander Zonjic 2012- 2014.
Most recently, Athena with her vocal trio Dames Brown was signed with Defected Records. A Soul & House music record label based in the UK.
Follow her on all social media outlets for next and all shows!

Recommended for Ages
All Ages