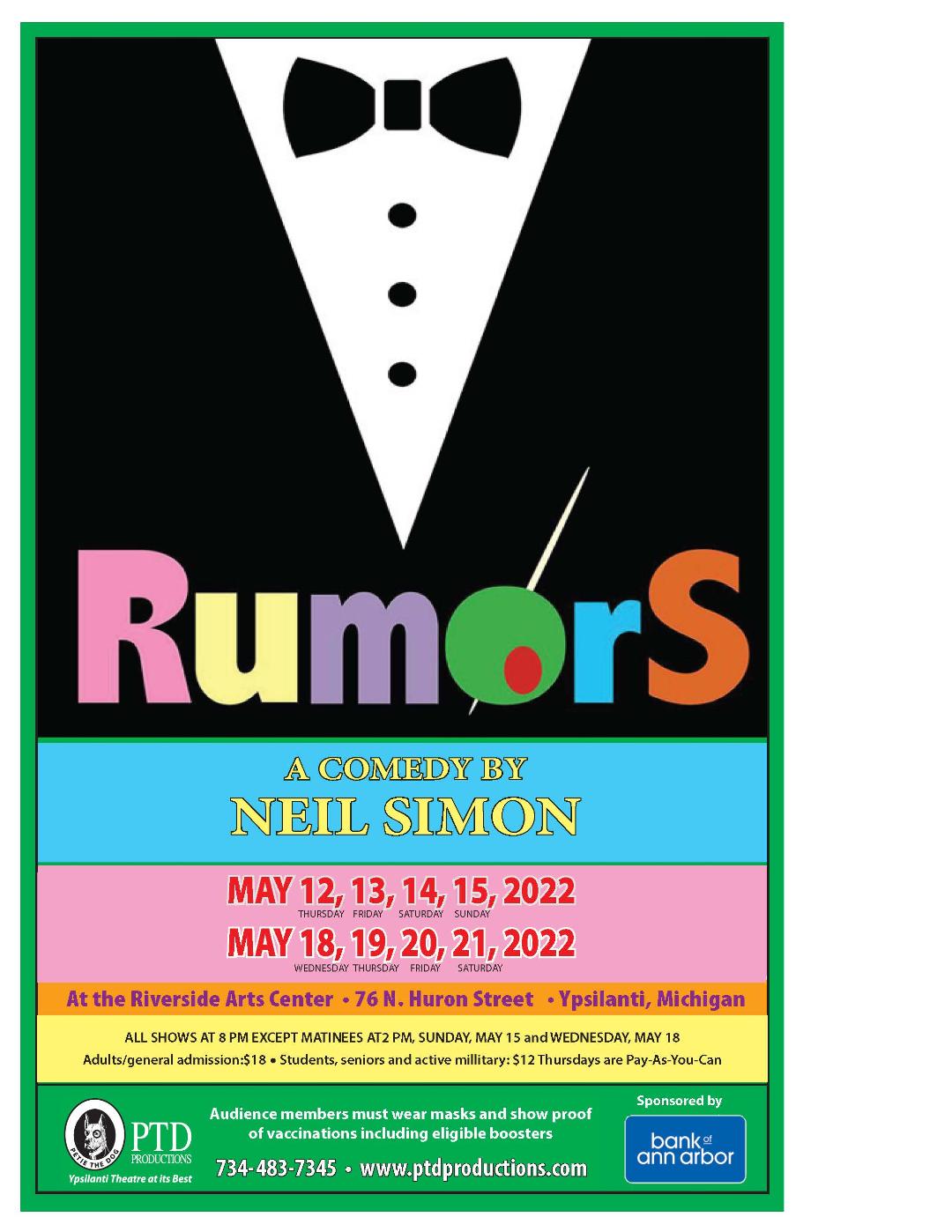 At a large, tastefully appointed Sneeden’s Landing townhouse, the Deputy Mayor of New York has just shot himself. Though only a flesh wound, four couples are about to experience a severe attack of Farce.

Gathering for their tenth wedding anniversary, the host lies bleeding in the other room and his wife is nowhere in sight. His lawyer, Ken and his wife Chris must get “the story” straight before the other guests arrive. As the confusions and miscommunications mount, the evening spins off into classic farcical hilarity.

“Not only side splitting, but front and back splitting” / NBC-TV

This PTD Production is directed by Liz Greaves-Hoxsie
and features:

As a thank you to the community and our patrons, one lucky audience member at each Friday & Saturday performance will win a gift card to a local Ypsilanti restaurant