A comedy adapted by Margaret Raether
from the stories of P.G. Wodehouse 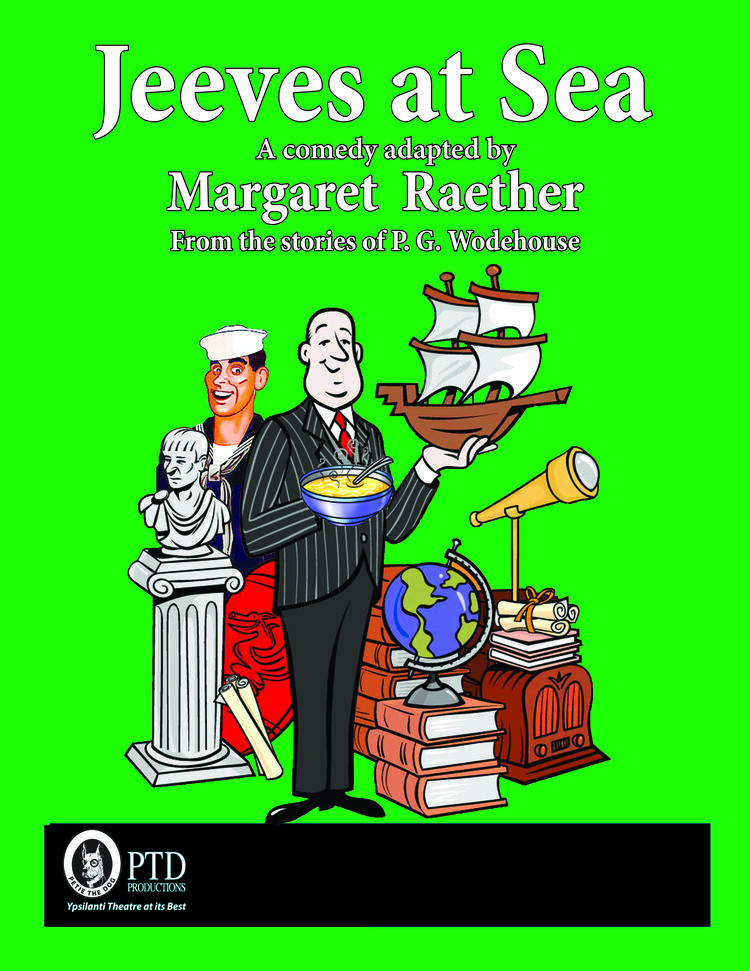 Ah! Bertie Wooster on a yacht in Monte Carlo. What could go wrong in this paradise?

PLENTY!!! But not  to worry, Jeeves is on the case. Bertie is truly in the soup now. He is in love with young Lady Stella to the point of wanting to marry her.  The heiress is mulling it over with delight, as she sees how it pains dear Bertie. Enter Crumpet, Bertie’s friend, who finds himself in a pickle. It seems while making merry he thinks he killed someone.  It might have been a prince! Now, he is hiding from the German Count Otto Von Dietrichstein who is trying to find him. Jeeves has his own love interest in Miss Minerva Pilbeam, Stella’s companion who was sent to keep Stella out of trouble. Is a duel the only way out of this love gone mad on the high seas? Well, get a Singapore Sling and find the life boats …. because this is Jeeves at Sea.